Why Cheese is Bad for Dog? 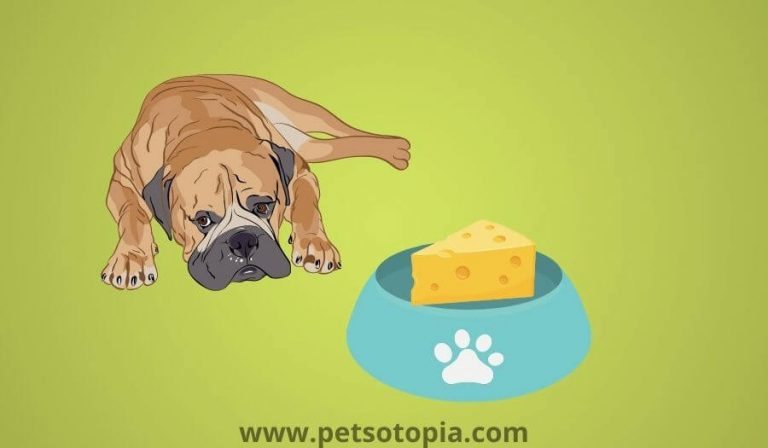 If you ever find yourself in a situation where your pet is taunting you for more food, you might wonder if dogs eat cheese and if it’s safe to give them some. Dogs are just as prone as humans to being bored and resorting to unhealthy habits like snacking while they’re waiting around all day, so figuring out whether or not giving your dog a slice of cheese every once in a while would be a healthy way for them to pass the time can’t hurt.

Yes, cheese can be bad for dogs. For pet owners with lactose intolerance, who are allergic to dairy products, or who simply eat too much in a day, the resulting belching and flatulence may prove to be an odoriferous smell that is not only unpleasant but potentially harmful as well. When dogs eat dairy products like cheese and milk, it often results in a lot of negative health problems. Dogs can develop serious digestive problems from eating too much cheese, and the same applies to drinking too much milk. They can also suffer from chunky stool or other issues related to canine nutrition when feeding them cheese and other dairy products. Low-fat cheeses are recommended for dogs that regularly enjoy a diet of artificial snacks (which is not the best idea). A dog’s diet should generally not exceed 10 percent of a total caloric intake. Remember that they need different types of food other than cheese and meat snacks.

Salt content is also another factor that dog owners must take into consideration when feeding cheese to their pups. Cheeses that are high in salt (processed cheese, string cheese, hard aged cheese) should be avoided in dogs with heart disease, high blood pressure, kidney disease and dehydration. There may be dietary imbalances if fed in large quantities.

In addition to the problem of lactose intolerance, another drawback with cheese for dogs is its high fat content. Feeding your dog something high in fat too frequently can lead them to gain more weight than they should and can even cause serious obesity and heart disease. Cheese can be dangerous for dogs who are prone to pancreatitis, like schnauzers and cocker spaniels. Pancreatitis is a dangerous condition that often results in persistent stomach pain and diarrhea. The severity of cases can vary greatly though and sometimes it’s enough to just make your dog sick without causing imminent death.

Cheese contains lactose, which some dogs are unable to digest. While most dogs can eat a small amount of cheese occasionally, too much cheese is bad for dogs because it contains too much fat that would affect digestion of puppy. Your furry pup could suffer from abdominal pain and vomiting. Cheese and other dairy products are dangerous if your pet has a sensitivity or allergy.

Just like humans, not all dogs are capable of digesting lactose, which is an organic sugar naturally found in milk and dairy products. Some dogs can be lactose intolerant without even knowing it. As a matter of fact, some breeds are even more likely to be lactose intolerant than other breeds (especially brachycephalic ones) because they don’t produce the enzyme called lactase that helps break down lactose. When this enzyme is missing, it usually leads to an imbalance of bacteria in your dog’s digestive tract and the excretion of lactic acid and other byproducts, which causes your puppy’s stomach to become upset and often times means you’ll see symptoms like soft stool or diarrhea (and smelly stools as well!). As dogs get older, many of them develop a deficiency in lactase. Though this enzyme is found in smaller amounts in adult dogs as compared to older puppies, it is still present and responsible for breaking down the lactose present in yogurt into glucose and galactose.

As with all human foods (including human cheese!), you should be cautious when giving your four-legged friend cheese for the first time. Your pet may have a different stomach structure than you and might not react well to consuming certain food types at certain times, so it’s important to introduce new foods slowly to see how each individual animal responds when it comes to food allergies .

Cheese can be a great source of nutrients and vitamins, but it also has some downsides. Be sure to choose low-fat cheeses and don’t overdo it! Your pup will thank you for it. Cheese contains salt, which can be healthy in small amounts for your pup. However, too much sodium is hard on dogs’ digestive systems and makes it difficult for them to process nutrients from other foods.
Cheese, in general, tends to have high amounts of salt, which can lead to increased blood pressure in dogs and furthermore organ damage for your pup. Although some sorts of cheese are low in sodium, it is best to choose those sorts sparingly instead of the regular cheeses with higher amounts. Dogs do not tolerate high levels of sodium very well in their systems, so it is important to keep an eye on the amount of salt your pup consumes. While sodium is essential for a dog’s diet, they most likely get more than enough through standard feeding regimens, so think twice before bringing table scraps into the mix – they can contain incredibly high levels of salt. In the event a dog is suffering from possible kidney issues, it is not advised to feed them cheese or any other food that has a high salt and sodium content. Besides being aggravating when it comes to organ failure, the high salt levels can cause even deeper damage to specifically the dog’s kidney.


Too much cheese can cause weight gain and obesity, therefore it is recommended that this type of food be kept away from overweight dogs. Besides, people who have had dogs before know how they can be attracted to the smell of cheese. This would result in more chewing on it causing harm to the animal’s health because high levels of fat in cheese can lead to pancreatitis, potentially life-threatening illness in dogs. If you’re looking for leaner alternatives for training, opt for chicken, tuna or ham.


Finally, we would like to remind you that bread and cheese are often found wrapping delicious ham sandwiches. These can be hazardous if ingested by your dog because they include similar ingredients of herbs, onions, chives, and garlic. Finally, some cheeses can have ingredients that are toxic to dogs. For example, cheddar cheese contains sulphites and ricotta has eggs, both of which can have potentially harmful effects on your precious pooch. If a dog ingests the wrong kinds of cheese, they can become extremely sick and even die. One major concern is that some cheeses contain ingredients that are toxic to dogs. If you suspect your dog may have eaten some cheese, do not let them eat anything else – especially meat or other dairy products – until you speak to your vet.

Foods That Are Bad For Dogs 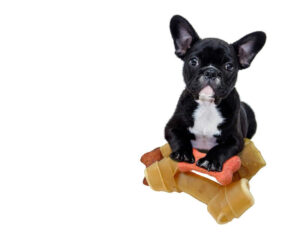 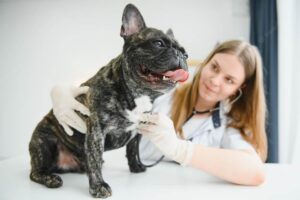 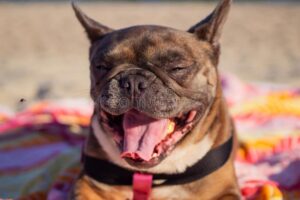